The gameplay of Need for Speed: Carbon is similar to its predecessors, Need for Speed: Most Wanted and Underground 2, but based upon rival street racing crews instead of individuals. Players run a crew and can hire specific street racers to be in their crew and the active friendly racer is known as a wingman. Each employable street racer has two skills, a racing skill (scout, blocker, and drafter) and a non-race skill (fixer, mechanic, and fabricator). Each skill has different properties from finding hidden alleys/back streets (shortcuts) to reducing police attention. Cars driven by the wingmen are also different; blockers drive muscle, drafters drive exotics and scouts drive tuners (although the first two unlockable wingmen (Neville and Sal) drive cars according to the player’s chosen car class at the start of the game).

Overview Need For Speed Carbon System Requirements PC – Can I Run It? 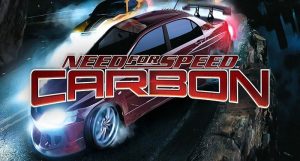 Can You Run It: Need For Speed Carbon

Check if your PC meets the Need For Speed Carbon requirements with free, easy-to-use detection tools or enter your system specifications manually. Click the Orange button below to start with the requirements test.