Need For Speed is a populair open world racing game. In Need For Speed Rivals players take on the role of a Racer or Cop, with each side of the law offering its own play style. Progression is made by means of Speedlists for Racer and Assignments for Cop, which are sets of objectives which involve dangerous driving, maneuvers, and race standings. When the player completes a set of objectives, the player levels up and unlocks new content, and is presented with another set of objectives to choose from.

Overview Need for Speed Rivals System Requirements PC – Can I Run It? 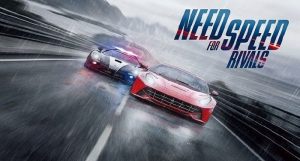 Can You Run It: Need for Speed Rivals

Check if your PC meets the Need for Speed Rivals requirements with free, easy-to-use detection tools or enter your system specifications manually. Click the Orange button below to start with the requirements test.