Watch Dogs: Legion is a 2020 action-adventure game developed by Ubisoft Toronto and published by Ubisoft. It is the third instalment in the Watch Dogs series and the sequel to 2016’s Watch Dogs 2. Set within a fictionalised representation of a futuristic, dystopian London, the game’s story follows the hacker syndicate DedSec as they seek to clear their names after being framed for a series of terrorist bombings. DedSec also attempt to liberate London’s citizens from the control of Albion, an oppressive private military company which turned the city into a surveillance state following the bombings. 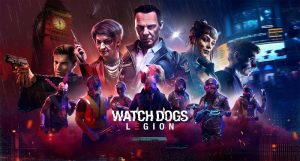 Can You Run It: Watch Dogs Legion

Check if your PC meets the Watch Dogs Legion requirements with free, easy-to-use detection tools or enter your system specifications manually. Click the Orange button below to start with the requirements test.

Watch Dogs Legion download is not available on Steam. Though you can get it from the official website of Ubisoft: https://www.ubisoft.com/en-gb/game/watch-dogs/legion