Can I Run World of Warcraft? Read more below

World of Warcraft (WoW) is a massively multiplayer online role-playing game (MMORPG) released in 2004 by Blizzard Entertainment. Set in the Warcraft fantasy universe, World of Warcraft takes place within the world of Azeroth, approximately four years after the events of the previous game in the series, Warcraft III: The Frozen Throne. The game was announced in 2001, and was released for the 10th anniversary of the Warcraft franchise on November 23, 2004. Since launch, World of Warcraft has had eight major expansion packs: The Burning Crusade (2007), Wrath of the Lich King (2008), Cataclysm (2010), Mists of Pandaria (2012), Warlords of Draenor (2014), Legion (2016), Battle for Azeroth (2018), Shadowlands (2020), with a ninth, Dragonflight, currently in development. 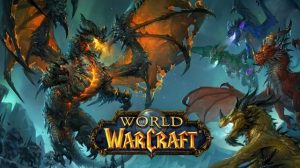 Can I Run It World of Warcraft

Check if your PC meets the World of Warcraft requirements with free, easy-to-use detection tools or enter your system specifications manually. Click the Orange button below to start with the requirements test.