In 2027 a mysterious viral epidemic known as the ‘Crossout’ swept the planet, countries and populations simultaneously began to fall at an alarming rate all over the Earth. Those who did not die in the first few days, were plagued by hallucinations and headaches, many people went mad, others and committed suicide. The source of the disease could not be detected but the cities that were once the vibrant social and economic beacons of humanity were left ravaged and deserted. Survivors gradually began to change — after fifteen years of transformation, the changes became visible. The most noticeable metamorphosis occurred in the eyes of the affected — some began to glow, while others resembled black holes. To hide their unnatural looks and conceal the mutation, people started wearing padded clothing and sunglasses.

Overview Crossout System Requirements PC – Can I Run It? 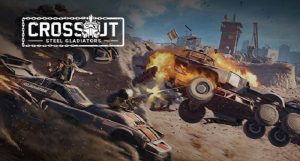 Can You Run It: Crossout

Check if your PC meets the Crossout requirements with free, easy-to-use detection tools or enter your system specifications manually. Click the Orange button below to start with the requirements test.