Can I Run Diablo II: Resurrected? Read more below

Building on the success of its predecessor, Diablo (1997), and improving the gameplay, both in terms of updated character progression and a better developed story Diablo II was one of the most popular games of 2000 and has been cited as one of the greatest games of all time. Major factors that contributed to the game’s success include its continuation of popular fantasy themes from the previous game and its access to Blizzard’s free online play service, Battle.net. An expansion to the game, Diablo II: Lord of Destruction, was released in 2001. Diablo III, the sequel of Diablo II was released on May 15, 2012. In 2021, Blizzard announced a remastered version of Diablo II which also includes the Lord of Destruction expansion, called Diablo II: Resurrected. It was released on September 23, 2021.

Overview Diablo II: Resurrected Requirements PC – Can You Run It? 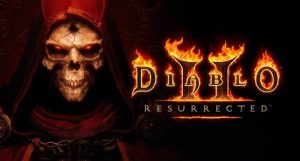 Can I Run It Diablo II: Resurrected

Check if your PC meets the Diablo II: Resurrected requirements with free, easy-to-use detection tools or enter your system specifications manually. Click the Orange button below to start with the requirements test.