Diablo IV System Requirements PC Game. Can I Run It? Test your pc specs to find out if you pass the Diablo IV system requirements and learn more about the required Processor, Graphics Card, RAM and Storage.

Diablo IV is an dungeon crawler action role-playing game developed and published by Blizzard Entertainment, the fourth title in the Diablo series. The game was announced at BlizzCon 2019 on November 1, 2019 for Microsoft Windows, PlayStation 4, and Xbox One. In June 2022, it was announced for a 2023 release, including PlayStation 5 and Xbox Series X/S. Series features such as re-playable, procedurally generated dungeons, and loot-focused character-building are returning, while new features such as an open world, and player versus player (PVP) interactions are incorporated. Five playable classes have been announced – Barbarian, Sorceress, Druid, Rogue, and Necromancer – all of which have appeared in the series. 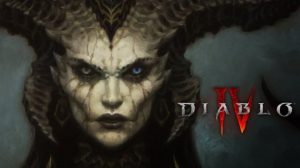 Can I Run Diablo IV On My PC?

Check if your PC meets the Diablo 4 requirements with free, easy-to-use detection tools or enter your system specifications manually. Click the Orange button below to start with the requirements test.

Diablo IV download is not available on Steam. Though you can check it from the official website: https://diablo4.blizzard.com/. Diablo 4 Release Date: Set in 2023.