Roblox System Requirements PC – Check out the minimum and recommended Roblox pc requirements. Roblox Can I Run It? Read more below and test your pc specs to find out if you pass the Roblox system requirements.

Can I Run Roblox? Read more below

Roblox is an online game platform and game creation system developed by Roblox Corporation that allows users to program games and play games created by other users. Created by David Baszucki and Erik Cassel in 2004 and released in 2006, the platform hosts user-created games of multiple genres coded in the programming language Lua. For most of Roblox’s history, it was relatively small, both as a platform and a company. Roblox began to grow rapidly in the second half of the 2010s, and this growth has been accelerated by the COVID-19 pandemic. Roblox is free to play, with in-game purchases available through a virtual currency called Robux. As of August 2020, Roblox had over 164 million monthly active users, including more than half of all American children under 16.

Overview Roblox Requirements PC – Roblox Can You Run It? 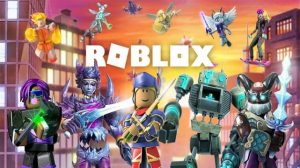 Can I Run It Roblox

Check if your PC meets the Roblox requirements with free, easy-to-use detection tools or enter your system specifications manually. Click the Orange button below to start with the requirements test.