Can I Run Star Citizen? Read more below

Star Citizen is an in-development multiplayer space trading and combat simulation game. The game is being developed and published by Cloud Imperium Games for Microsoft Windows. An extended retry of unrealized plans for Freelancer, Star Citizen is being led by director Chris Roberts. The game was announced on October 18, 2012 through a successful Kickstarter campaign which drew in over US$2 million. Pre-production of the game began in 2010, with production starting in 2011. 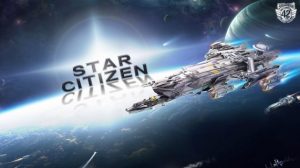 Can I Run It Star Citizen

Check if your PC meets the Star Citizen requirements with free, easy-to-use detection tools or enter your system specifications manually. Click the Orange button below to start with the requirements test.