Can I Run League of Legends? Read more below

League of Legends (LoL), commonly referred to as League, is a 2009 multiplayer online battle arena video game developed and published by Riot Games. Inspired by Defense of the Ancients, a custom map for Warcraft III, Riot’s founders sought to develop a stand-alone game in the same genre. Since its release in October 2009, the game has been free-to-play and is monetized through purchasable character customization. The game is available for Microsoft Windows and macOS.

Overview League of Legends Requirements PC – Can You Run It? 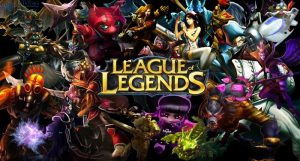 Can I Run It League of Legends

Check if your PC meets the League of Legends requirements with free, easy-to-use detection tools or enter your system specifications manually. Click the Orange button below to start with the requirements test.