PAYDAY 3 System Requirements PC Game. Can I Run It? Test your pc specs to find out if you pass the PAYDAY 3 system requirements and learn more about the required Processor, Graphics Card, RAM and Storage.

PAYDAY 3 System Requirements – About The Game

PAYDAY 3 is the much anticipated sequel to one of the most popular co-op shooters ever. Since its release, PAYDAY-players have been reveling in the thrill of a perfectly planned and executed heist. That’s what makes PAYDAY a high-octane, co-op FPS experience without equal. Step out of retirement back into the life of crime in the shoes of the Payday Gang, the envy of their peers and the nightmare of law-enforcement wherever they go. Several years after the crew’s reign of terror over Washington DC has ended, they assemble once again to deal with the threat that roused them out of early retirement. Wishlist now and follow the steam group to get any updates as we draw closer to launch. 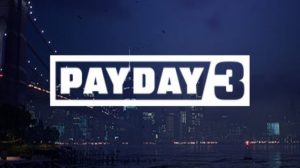 Check if your PC meets the PAYDAY 3 requirements with free, easy-to-use detection tools or enter your system specifications manually. Click the Orange button below to start with the requirements test.